The latest info on the progress of bills 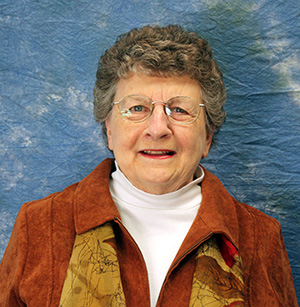 Look on the Bright Side

If you have been paying attention to the news lately (And who among us is not overwhelmed with the news these days?), you may be saying to yourself, “What bright side?”  We have a state budget. Compromises have been made. We will be getting a 3.85% COLA in our next VRS payment on August 1. Education fared well in this budget. Leaders on both federal and state levels are at least taking baby steps toward improvements in the care of our vulnerable populations in nursing homes.

We know that two-thirds of VRS benefits are paid from the return on investments and that the stock market has had abysmal losses over the last several months. However, according to the Richmond Times-Dispatch on July 7, VRS just reported that “through the end of March the trust fund had earned a return of 6.07% and held about $106.3 billion in assets.” At the end of April, that return had been cut to 3.1%, and the fund had declined by about $3.6 billion. So, what does that leave? The fund still has about $102.7 billion in value. Many states would be ecstatic over numbers like these.

The GA is keeping its promise to cut the unfunded liability. An additional $1 billion in state money will be invested into the trust fund to reduce long-term pension liabilities, and the GA decided not to lower the state and local contribution rates. VRS has already received a $750 million payment that is estimated to save the system about $1.4 billion over 20 years. The new state budget includes an additional $250 million by the middle of next summer if revenues exceed the forecast in the fiscal year that ended June 30, which would increase the estimated long-term savings to $2 billion, and they do expect revenues to hit that target. Trish Bishop, VRS Director, told JLARC that the total unfunded liabilities, including those for teachers, state employees, and local political subdivisions, had reduced from $26.7 billion in market value in the 2019-2020 fiscal year to $12.2 billion in the fiscal year that ended in 2021. The funded status of the two biggest plans has risen from 65% for state employees and 62% for teachers a decade ago to more than 85% for both plans last year, based on market value.

During the budget negotiations, the Virginia Nursing Home Reform Coalition, of which VRTA is a member, lobbied the legislators to keep in the budget two amendments that would provide some money for this issue. (Many thanks to all of you who made contacts in support of these amendments.) The jargon that must be waded through to find out what happened is very difficult to decipher. But I believe that, although the specific amendments did not survive, something close to the main intent did. The state collects monetary penalties from nursing homes that receive Medicaid payments, for violations of Medicaid rules and for serious deficiencies based on severity and number of days a facility is not in compliance with its Medicaid agreement. One section of the budget dealing with this issue says, “ Out of the amounts appropriated [monetary penalties] $3,500,000 the first year and $3,500,000 the second year [of this biennial budget] from special funds shall be used for a quality improvement program addressing nursing facility capacity building. The program design may be based on the result of the Virginia Gold Quality Improvement Program pilot project, to include peer mentoring, job-related and interpersonal skills training, and work-related benefits. The [Virginia] Department of Medical Assistance Services shall seek approval from the Centers for Medicare & Medicaid Services to implement the program.”

I encourage those who have a special interest in this issue to click on this link to read this section of the budget.

I hope that the coalition will follow up in the coming year to see if progress is being made in the implementation of this program.